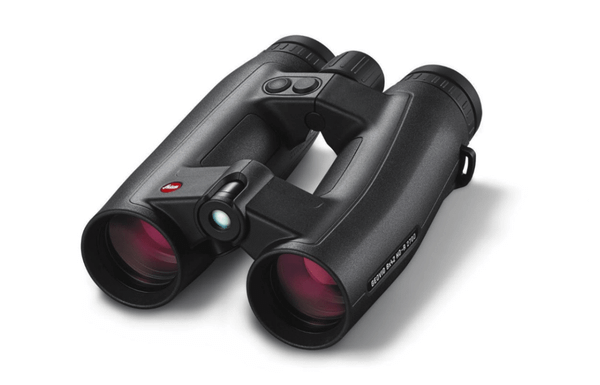 Leica‘s Geovid HD-B and HD-R are among the best binoculars with integrated laser rangefinder that you can find on the market. Just when we all thought that much can’t be improved anymore, Leica have outdone themselves again.

HD-R 2700 was released in 2018. The number in its name stands for its range of detection – with it, the user can measure distances up to 2700 yards (2470 m). The increased range of detection is, basically, the only upgrade from the previous models. Leica retained all the previous technological features that apply to all the Geovid series. Since this is the HD-R version, it comes without the ballistics calculator called ABC. Nevertheless, most functions that a hunter needs are included, EHR (Equivalent Horizontal Range) being the most important one. This is the model with 8x magnification and 42mm objective lens – it offers 130 m of field of view at 1000 m. It is 200 g lighter than the 8x56 version but will not perform as good in twilight because of the smaller objective lens and a smaller exit pupil.

The product comes with 5 years of warranty.